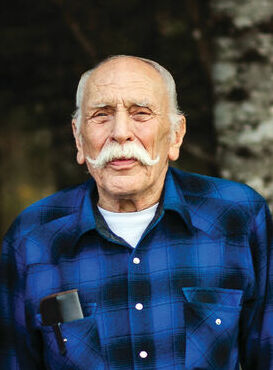 Todd Loren Heckert passed away peacefully at home with his daughter Amanda by his side, on June 27, 2022. He was 80 years old, just six weeks shy of his 81st birthday. Todd was born on August 14, 1941, in Pasadena, CA to George William Heckert and Irene Violet Heckert (Hockman). He was their only child. He is preceded in death by his wife of 26 years, Sharon Marie Heckert (Rulon). He is survived by his three children, Tracy Marie Cookman, Warren George Heckert (Jennifer), Amanda Rose Eagle (Andrew) and 13 grandchildren, ages 27 to 6. (Tracy) Logan Litts, Wyatt Litts, Brady Litts, Grace Litts, Emma Cookman, (Warren) Caleb Heckert, Ethan Heckert, Alea Heckert, Mia Heckert, (Amanda) Kaden Eagle, Sawyer Eagle, Briston Eagle and Sterling Eagle. Todd was raised in Pasadena and spent summers with his parents in Spearfish, South Dakota. Todd loved South Dakota. It is where he met his wife and made many friends. Traveling to SD during the summer was a tradition he continued throughout his life. Todd graduated from John Muir High School in 1961 and subsequently joined the US Navy where he served two years aboard the USS Independence. Todd and Sharon met in Spearfish, SD and were married on October 22, 1965. They were married for 26 years before Sharon's passing in 1991. They had three children. Todd never remarried. Todd and Sharon started their married life in Big Tujunga, CA where Todd was stationed with the United States Forest Service and where he served on the Oak Grove Hot Shot Crew fighting fire. They had two children, Tracy and Warren. In October of 1976, Todd moved his family to Shelton, WA to continue his career with USFS. There, their third child, Amanda was born. Todd enjoyed many interests such as gardening, hunting and fishing and could most times be found outside or gathered with his friends. Todd was a loyal friend to many and helped several people get started in business as well as having several successful businesses of his own. A Memorial will be held at 2 p.m. on July 24th, 2022, at Cindy Waite's Beach located at 80 E. Pickering Rd Shelton, WA. 98584. Please come armed with your best Todd stories, we know there are many!