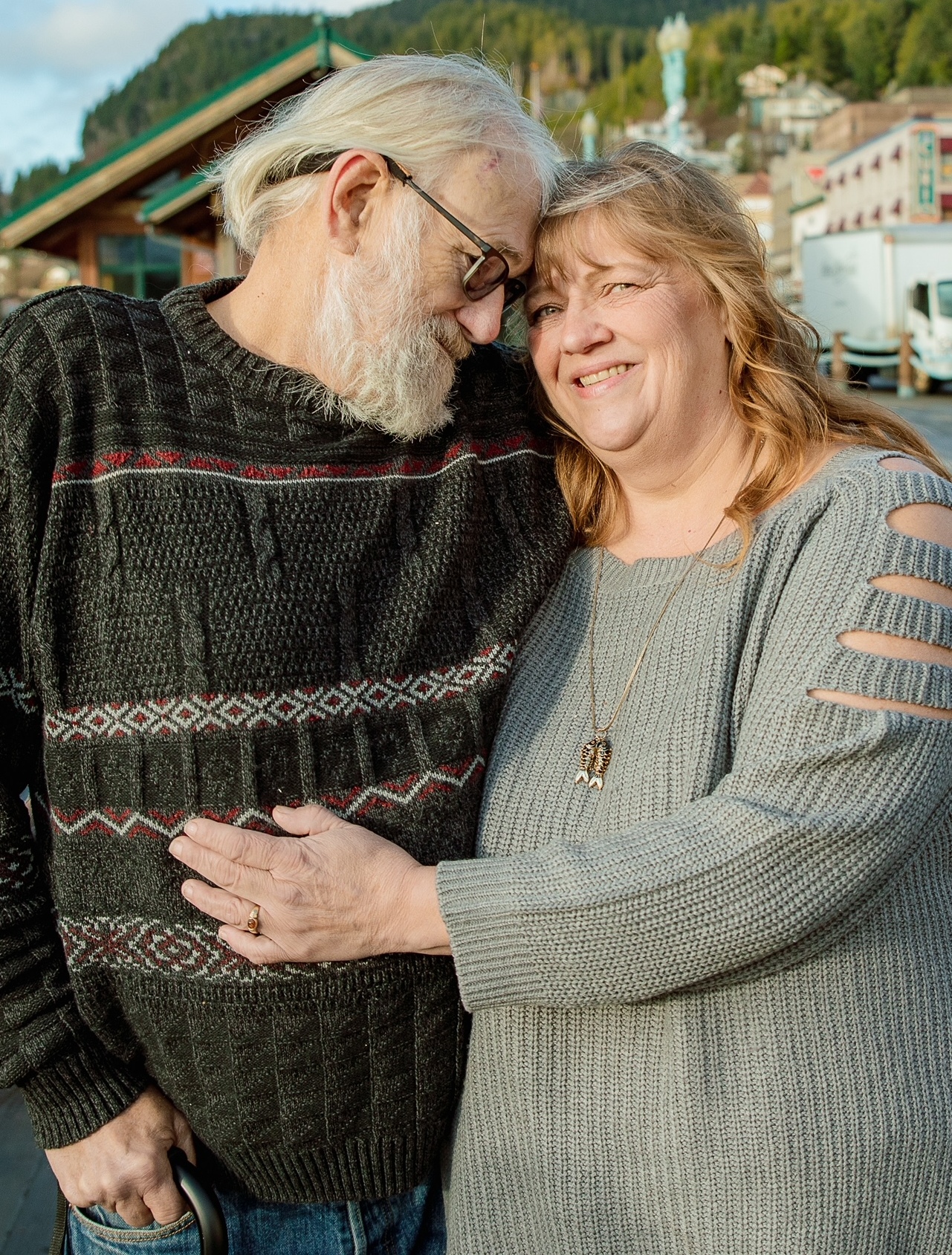 Jenny R Wilks resident of Shelton Washington passed away on July 30, 2022. Preceded in death was her husband Mike Wilks on May 20, 2022. Jenny was born to Virginia and Jim Widmyer of Belfair WA. moving to Alaska when she was six months old where she resided most of her life, traveling from time to time from place to place. You could say she was a hippie of sorts, but she always considered Ketchikan and Edna Bay Alaska her home. She was looking forward to moving back in the fall. Jenny has always said that her greatest accomplishments in life were her children, Deedra Wutzke and Derek Calendine . She was extremely proud of them and would brag about them at any given moment. Jenny and Mike both loved camping. It didn't matter what the weather was, raining cats and dogs, snowing or hot as hell they were out camping. They traveled highway 101 up and down the WA/OR coast camping at the nearest location they could find when they wanted to stop. They'd stay for a couple of nights or maybe even a week, cooking biscuits in a cast iron skillet, or hotdogs, and smores over an open flame. They would collect rocks in every location they stopped. Several times they took their tent and camped with the homeless in Seattle, just to prepare them a decent meal. Jenny was a great cook and her love for the needy was greatly appreciated by all. One time they went camping in the eastern mountains of WA and they ran out of gas. It started to snow and Mike tried to walk out to get help. He was picked up by a log truck driver and was rescued. Another time they went camping the wind was blowing extremely hard and the rain was coming down in buckets, but they were bound and determined to stay camping except they were kicked out by the park rangers for their own safety. One time in Alaska they had been out boating and their boat sank, they had to swim to shore and find some cover in a cave until help came. They had a Bic lighter that still worked and was able to start a fire to keep warm. I told her she needed to sell that story to Bic, they might make some money. Even though they had some mishaps, they still went camping no matter what. After Mike died, Jenny chose to live in her tent in the yard. This is where she died, doing what she loved. Jenny also loved her color books, painting, cooking for others, crocheting hats to give away. loves music, family, and friends. She loved to garden and grow and can her own vegetables. Friendly beyond measure with everyone. She had the gift of gab and could talk to anyone. She had a knack for making people feel worthwhile because even though people screw up, she believed everyone should have the opportunity for a second or even third chance in life. Just recently at Mason Lake she had been talking to a stranger for quite a while, later the daughter of that person came to tell Jenny thank you, that her mother had been feeling pretty low and it really helped her self-esteem that she still mattered. Be nice people, you never know what someone else is going through. Preceded in death is Jenny's father - Jim Widmyer, mother - Virginia Keith, stepfather - Harold Keith, Husband - Mike Wilks, son - Joshua Charles. She is survived by her daughter Deedra & Richard Wutzke, their five children and two great grandchildren, her son Derek & Kaitlyn Calendine and their two children all of Ketchikan Alaska. Step children, Travis, Mike and Chris and their children. Her six siblings: Bob, Jim, Ken, Kathy, Laura & Debbie. Stepbrothers: Ken, Ted, & Leroy. Step sisters: Sharon, Leilani, Carmelita, and many nieces, nephews & cousins from Alaska, Washington, Colorado, Idaho, Montana, Texas and Indiana. She is also survived by her best friends whom she's had from childhood - Linda, Cherri and many more. Just another testament to her character and how she has been a friend for life. There will be a memorial service on August 20 at noon at Truman Glick Park in Matlock WA, followed by a potluck and time to celebrate her life. Another service will be held in Ketchikan Alaska for her family and friends there.