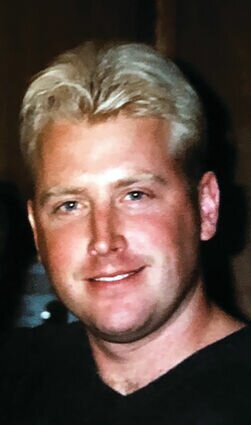 Please share a memory of Eric to include in a keepsake book for family and friends.
View Tribute Book
Eric Craig Hansen passed away at the age of 51 on July 23, 2022 at Swedish Hospital in Seattle. He was born on May 5, 1971 to Steven Craig Hansen and Janet (Brown) Hansen. Eric graduated in 1989 from North Mason High School and lived in Belfair most of his life. After high school, he started painting boats as an independent contractor. This led to a 25- year career in the marine industry. His skill and reputation earned him employment all over the US as well as in several foreign countries. Eric was loved by many for his kindness, his sense of humor and his easy-going nature. He left us too soon and will be sorely missed. He was preceded in death by his mother, Janet, in 2008. He is survived by his father, Steve Hansen and his six siblings: Jill Carlson, Royce Trunkett, Dawn Stedman, Steven Hansen Jr., Mike Eddy and Rick Anderson.
To plant a beautiful memorial tree in memory of Eric Hansen , please visit our Tree Store

Look inside to read what others have shared
Family and friends are coming together online to create a special keepsake. Every memory left on the online obituary will be automatically included in this book.
View Tribute Book
Services for Eric Hansen
There are no events scheduled. You can still show your support by planting a tree in memory of Eric Hansen .
Plant a tree in memory of Eric
Share Your Memory of
Eric
Upload Your Memory View All Memories
Be the first to upload a memory!
Share A Memory
Plant a Tree
McComb & Wagner Online Store
Simple. Economical. Respectful. Since 1897
Visit Our Store