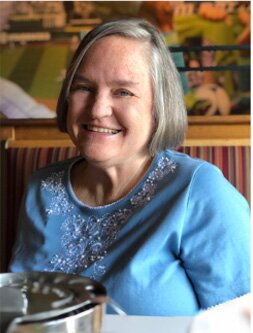 Please share a memory of Laura to include in a keepsake book for family and friends.
View Tribute Book
LAURA EDITH JONES R.N. SHELTON, WASHINGTON – Laura Jones, 72, passed away at her home August 26, 2022, after her 12-year battle with Alzheimer’s. Her many friends and family from Hawaii to Sweden followed her last days in hospice. Laura was born October 11, 1949 in Pomeroy, a small farming and ranching community in southeast Washington, the daughter of Walter R and Eudocia Fay Dawson. Laura married her High School Sweetheart, Michael Ralph Jones in December of 1967. Laura knew from a very early age that she wanted to be a nurse. After her family moved to Edmonds, she began that quest by volunteering as a Candy Striper at Stevens Memorial Hospital while attending High School. Laura’s family attended the same church as Michael’s, but their paths would not cross until meeting in a biology class. At that moment, they both knew that they would spend the rest of their lives together. Their strong faith was the core of their 55 years together. Laura and Mike were members of Maplewood Presbyterian and later, Trinity Lutheran Church in Lynnwood, Washington. Michael joined the Army and began flight school while Laura began working toward her R.N. degree at Seattle Pacific College. The two were married 43 days before Michael left for Vietnam as an Army helicopter pilot. They made their first home in Germany where the newlyweds were stationed. After Mike’s active-duty service came to a close they returned to Edmonds to finish their schooling, Michael to become a science teacher and Laura earning her RN degree. Laura quickly rose to labor and delivery charge nurse at Stevens Hospital. She was highly respected by everyone at the hospital. Laura was hired away from Stevens by two private practice physicians where she worked for almost 21 years. During that time, she was asked to work with a medical consulting firm in Seattle drawing on her time-motion-management skills. She continued to work for Doctor’s Keith and Waltz at the Lake Forest Medical Clinic. Laura gave birth to their daughter, Jennifer Lynn Jones on April 26, 1974 at Stevens Hospital. From the very beginning, Laura included Jennifer in all her family activities, including boating, travels, Laura’s love of sewing, quilting, and riding their tandem bike with Jennifer riding in a little trailer in tow. Laura and Mike liked to do spur-of-the-moment trips, often going to the airport with no place in mind. One trip, it was going to be Disneyworld or Hawaii, decided at the terminal. Friday nights became wonderful adventures for Laura’s family as they would pack the minivan and head for the ocean. Laura had a wonderful spirit of adventure and loved to explore. Along with their tandem bicycle, Laura and family spent many vacations kayaking on lakes and in the San Juan Islands. Their bright yellow double kayak was appropriately named Ranunculus, the scientific name of the buttercup. Laura had a wonderful spirit of whimsy and child-like wonder for everything around her. In addition to her nursing career, she had a successful wedding consulting and catering business for 17 years. For years, Laura volunteered as the wedding coordinator at Trinity Lutheran Church. Laura supported all of Mike’s many projects over the years. In 1994 they quit their jobs and decided to move to Hawaii. Laura began work at Honolulu’s Kapiolani Medical Center where she quickly won over the admiration and respect as an outstanding nurse. While there she was honored as Nurse of the Year for 2002. She soon became the person all the residents came to as they navigated the difficult passage through their four years of residency. Hers was a shoulder to cry on, or conformation that the medication they were about to give was correct. While at Kapiolani a prestigious in-vitro-fertilization institute asked Laura to join them as their head nurse. There she counseled couples taking them through the challenging process of invitro-fertilization. She was instrumental in bringing many tiny miracles into the world. Her desk was often adorned with flowers and boxes of candy and gifts. Laura had a special drawer filled with cards and notes from happy new parents. She was loved by everyone. Her nursing career spanned over 40 years. After 17 years in Hawaii Laura and Mike returned to Edmonds to take care of her father who was having medical challenges. Laura ended her nursing career at Swedish Medical Center in Seattle. It was a lifelong dream to be a Swedish nurse. After her father’s death Laura and Mike both retired to Shelton on a beautiful lake. She had one final contribution and gift to make to medicine. She volunteered to be part of an Alzheimer’s clinical research trial of a potential treatment for the disease. For over a year she took the trial pill, and made many trips to Oregon Health Sciences University in Portland, Oregon. Laura endured painful procedures and testing during the trial. Laura is survived by her husband Michael, daughter Jennifer, brother Wes Dawson and wife Cathy Crollard, and her many nephews and nieces. She was a Life Member of the Veterans of Foreign Wars, Auxiliary in Shelton Washington. Laura requested that her ashes to be spread over the places she loved, the mountains and sea. The family wishes to thank all of those who cared for her during her last days. For those who have known Laura in her fruitful journey with us, her memorial service will be held at Maplewood Presbyterian Church, 19523 84th Ave West, Edmonds Washington on October 29, 2022 at 1pm. A private memorial remembrance will be held for her Shelton family and friends at her home on Island Lake, near Shelton. Flowers may be sent to Maplewood Presbyterian Church, and memorial donations may be sent to the Alzheimer’s Association: www.act.alz.org/site/Donation. God’s promise to nurses: 2 Chronicles 15-7: Be ye strong therefore, and let not your hands be weak: for your work shall be rewarded.
To plant a beautiful memorial tree in memory of Laura Jones , please visit our Tree Store

Look inside to read what others have shared
Family and friends are coming together online to create a special keepsake. Every memory left on the online obituary will be automatically included in this book.
View Tribute Book
Services for Laura Jones
There are no events scheduled. You can still show your support by planting a tree in memory of Laura Jones .
Plant a tree in memory of Laura
Share Your Memory of
Laura
Upload Your Memory View All Memories
Be the first to upload a memory!
Share A Memory
Plant a Tree
McComb & Wagner Online Store
Simple. Economical. Respectful. Since 1897
Visit Our Store