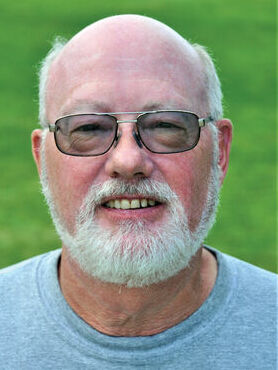 Obituary of Richard B Norris

Please share a memory of Richard to include in a keepsake book for family and friends.
View Tribute Book
Richard B. Norris, 77, passed away peacefully at home surrounded by loved ones August 31, 2022, from complications of strokes and pneumonia. He was born August 19, 1945, in Denver, Colorado, the second son of Max and Donna Norris. He grew up with an older brother and two younger sisters in South Haven, Michigan. He graduated from high school in Fort Collins, CO in 1963. Richard married the love of his life, Pat Engle, in 1965 in Hysham, Montana. He attended Eastern Montana College (now MSUB) and Montana State University Bozeman. After leaving college they moved to the state of Washington and settled in Shelton, WA where he has lived since 1969. Richard worked in the survey department at Simpson Timber Company for 21 years becoming a licensed land surveyor in 1980 before opening his own business, Forest Land Surveys, and retiring in 2002. He was a member of Land Surveyors Association of Washington (LSAW). Throughout his career, Richard earned a reputation for his hard work and expertise. Richard was passionate about sailing. The family spent years of enjoyable cruising and racing in Washington and Canadian waters. He was a longtime member of the Windseekers Sailing Club, a Life Member of Shelton Yacht Club (SYC), and raced his sailboat, Spindrift, with South Sound Sailing Society. Richard is a Past Commodore of Windseekers and Shelton Yacht Club. His love of the water was evident in his many years as a Cub Scout, Boy Scout, and Sea Scout leader. The state of Montana held a special place in Richard's heart. Wanting to spend more time there, he purchased property and enjoyed vacation time in the Bull Mountains, north of Billings, over the past 18 years. Richard was preceded in death by his parents. He is survived by his wife Pat Norris, son, Tony Norris (Shelley), daughter Deana Webb (Corey), granddaughters: Loralei Hernandez (Jeremy), Ricki Webb, Lina Norris, and Violet Norris, grandson, Max Webb, great grandson, Elliott Hernandez, great granddaughter, Olivia Hernandez, and three siblings, Max E. Norris of Findley, Ohio, Sandra (Jim) Woodruff of Rochester, MN, and Beth Norris of Renton, WA. Richard also leaves behind Pat's five sisters: Shirley Bruski, Carol Drury (Lee), Karen Mouat (Rick), Joan Kipp (Steve), Merle Bryson (Larry), and many nieces and nephews. Richard's family would especially like to thank Janissa Coleman, his caregiver, and Mason General Hospital for the excellent care he received during his final illness. Arrangements made by McComb & Wagner Family Funeral Home. Please join us to celebrate his life October 15, 2022, at 2:00 p.m. at Shelton United Methodist Church, 1900 King Street in Shelton, WA 98484, followed by a reception in the Fellowship Hall. In lieu of flowers please make donations to: Olympia Community Sailing, P.O. Box 2786, Olympia, WA 98507 or RBAW Marine Parks Conservancy, P.O. Box 17591, Seattle, WA 98127.
To plant a beautiful memorial tree in memory of Richard Norris , please visit our Tree Store

Look inside to read what others have shared
Family and friends are coming together online to create a special keepsake. Every memory left on the online obituary will be automatically included in this book.
View Tribute Book
Services for Richard Norris
There are no events scheduled. You can still show your support by planting a tree in memory of Richard Norris .
Plant a tree in memory of Richard
Share Your Memory of
Richard
Upload Your Memory View All Memories
Be the first to upload a memory!
Share A Memory
Plant a Tree
McComb & Wagner Online Store
Simple. Economical. Respectful. Since 1897
Visit Our Store