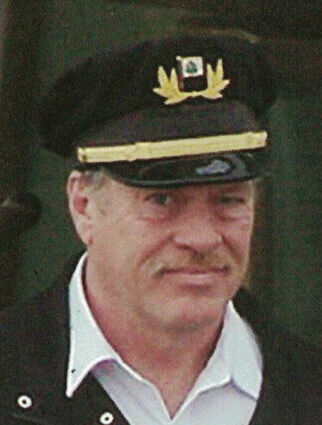 Please share a memory of Jeff to include in a keepsake book for family and friends.
View Tribute Book
Jeffrey Craig Watkins passed away November 22, 2022, due to complications of peripheral vascular disease. Jeff was born in Klamath Falls, Oregon June 3, 1945, to John and Hazel Watkins. Most of Jeff's childhood was spent on the family alfalfa farm outside Pasco, Washington. Shortly before his death Jeff would say," I've lived an interesting life" and "I did the best I could". As a young boy on a farm surrounded by desert Jeff dreamed and drew boats; and tugboats and the water later became his passion. He could dock a 100 ft. tug without a tap on the dock. Besides hard work on a farm, he picked up mechanical skills, even taking apart his mother's Hoover vacuum to see how it worked; Jeff could rebuild about anything engines, tractors, trucks. Soon after graduating from Pasco High School in 1963, he left the farm; got married and eventually attended Columbia Basin Community College where he earned an AA in Computer Science. He moved to the Seattle area and worked for Boeing where he obtained a BS in Computer Science. Jeff built two aluminum boats, both over 16 ft. in length, demonstrated his artistic side in wood and metal pieces, creative, enjoyed panning for gold though he never did get lucky, but had an insatiable curiosity about everything. In the late 1970's he committed his life to following Jesus Christ; his remaining years were focused on eschatology and helping others discover nuggets of truth in the Bible. He was such a knowledgeable teacher. In 1986 he earned a Bachelor of Theology from Seattle Bible School. Ordained by Black Buffalo Missions, he spent a decade working with the First Nation People, first building the Copper Island Youth Camp and then conducting adult Bible Studies. He has always reflected on that being the best times of his life. In 2012, he self-published a book, 'Drawn to Miracle', of the miracles he experienced in that ministry. Jeff and Susan met when they worked at Virginia Mason in 1982 and they were engaged in 1983. Jeff's life took him in another direction, and it wasn't until 2003 they reunited and were married. They have made Harstine Island their home for the last 19 years. He retired from DOC as a Boat Captain in 2011. Then what an adventure they had exploring the United States via motorcycles and in the RV Jeff made from a UD delivery truck. It was an interesting life! He is survived by his wife Susan; Brother Rex (Tammy) Watkins; In Laws: Robert (Joni) Rodger, Carolyn (Larry) Stegall, and Richard (Kelly) Rodger; Children: Gina Sullivan, Nancy Waters, Richard (Diedre) Cantrell and Christina (Brandon) Daniel; Grandchildren: Jeff Stewart, Haley Cantrell, Christian Cantrell, Ilea Waters, Kayla Daniel, Faith Daniel and Mason Cantrell and five great grandchildren. Internment at Jarrell's Cove Cemetery to be announced. Memory donations: Black Buffalo Global Missions, PO Box 280, Silverton, OR 97381.
To plant a beautiful memorial tree in memory of Jeff Watkins , please visit our Tree Store

Look inside to read what others have shared
Family and friends are coming together online to create a special keepsake. Every memory left on the online obituary will be automatically included in this book.
View Tribute Book
Services for Jeff Watkins
There are no events scheduled. You can still show your support by planting a tree in memory of Jeff Watkins .
Plant a tree in memory of Jeff
Share Your Memory of
Jeff
Upload Your Memory View All Memories
Be the first to upload a memory!
Share A Memory
Plant a Tree
McComb & Wagner Online Store
Simple. Economical. Respectful. Since 1897
Visit Our Store