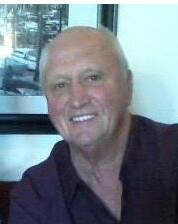 Please share a memory of Chris to include in a keepsake book for family and friends.
View Tribute Book
Chris R. Vessey, “Milker,” 79, a lifelong resident of Grays Harbor County died at home in McCleary on Dec. 1, 2022. The oldest of four children, Chris was born in Aberdeen on April 28, 1943, to Earl and Hannah (Malone) Vessey. During his senior year in high school the family moved to Elma where Chris met the love of his life, Judy, whom he married in 1962. The new couple spent a short time in the Olympia area where Chris worked at Briggs Nursery. During this time, they celebrated the arrival of their first two children — Kelly (Denny Martell) and Chris (Jacki) before moving to Aberdeen where they welcomed the arrival of their third child Mark. Chris worked as a Deputy Sheriff in Grays Harbor for a short time before his long career in the logging/road construction industry. He drove every type of truck in the industry but he most enjoyed driving the low-boy and did so for many companies. His driving skills gave him the honor of driving Don Bell’s flatbed while carrying the Lamb “Lamb-track” in many parades throughout the Northwest in the ’70s and early ’80s. After hernia surgery in the early ’80s, Chris took time away from the logging industry and spent a summer as a cook on a salmon fishing boat in the San Juans. When the season was over, he returned to the logging industry where he spent another 30+ years doing what he enjoyed most, driving truck. Chris had many hobbies including woodworking, camping with his family, hunting, fishing, and spending time with friends. Chris loved being outdoors and each fall enjoyed a week of hunting with his oldest son and family friends. Later this turned into an annual hunting trip to Montana which he did for the last 15+ years. He also enjoyed spending a month in Ilwaco fishing with Judy and family friends each August. When he retired, he and Judy spent winters in Arizona where they spent time making new friends and exploring new places. Chris was a family man and enjoyed spending as much time with his wife and kids as he could. Chris was preceded in death by his wife, father, mother, and sister Dorothy (Broten) and is survived by his three children, sister Earlene (Terry) Thibeau and brother Carl (Cindy). The family would also like to thank his caregivers for their care, dedication, compassion and love. Cremation arrangements are being made by McComb & Wagner in Shelton. A celebration of life will be held Thursday, Dec. 8, 1 p.m. at the Elma Pavilion meeting room on the Grays Harbor County Fairgrounds.
To plant a beautiful memorial tree in memory of Chris Vessey, please visit our Tree Store

Look inside to read what others have shared
Family and friends are coming together online to create a special keepsake. Every memory left on the online obituary will be automatically included in this book.
View Tribute Book
Services for Chris Vessey
There are no events scheduled. You can still show your support by planting a tree in memory of Chris Vessey.
Plant a tree in memory of Chris
Share Your Memory of
Chris
Upload Your Memory View All Memories
Be the first to upload a memory!
Share A Memory
Plant a Tree
McComb & Wagner Online Store
Simple. Economical. Respectful. Since 1897
Visit Our Store