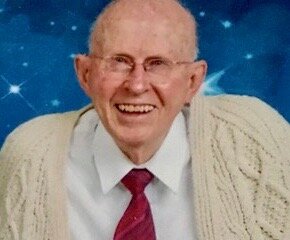 Please share a memory of Charles to include in a keepsake book for family and friends.
View Tribute Book
CHARLES ROBERT “BOB” HARMON April 12, 1925 – January 22, 2023 Bob Harmon died peacefully at home on January 22, 2023, after a rich and complete life. Bob was raised on the water. His parents ran the Puget Sound Freight Lines office at Percival Dock in Olympia, WA and Bob with brother Neil spent a great deal of time in boats and on beaches around Puget Sound. His appreciation of the natural world was nurtured early on. At 19, the US Army sent him to Europe, where he learned the harsh lessons of war serving in the 80th Division of Patton’s Third Army. That service took him through Germany and as far as Czechoslovakia, and peacetime found him standing guard over art treasures the Nazis stole and hid in an Austrian salt mine. Much later, he gifted each of his family an understanding of his war experience in a book entitled “Letters Home,” made possible because his mother had saved each one. Upon return to the States, Bob enrolled at Seattle University (then Seattle College), where he met and married Virginia (Gina) Connolly in 1951. They both graduated from SU, raised their family in the St. Joseph’s parish community on Capitol Hill in Seattle, and devoted their professional lives to thousands of students. Since 2012, they have enjoyed the community of friends at The Hearthstone and its Green Lake neighborhood. Bob imparted to students his love of Greek philosophy and Roman law, Catholic religion, European history and culture, the US Constitution, military history and Winston Churchill. He taught all his children to love reading, hiking, traveling and spending time together. One or more Harmon children adopted his enthusiasm for baking, skiing, sailing, long-distance running, or basketball. He never convinced any to play bridge, but he recruited friends to play regularly – and kept at it until just before his death. Bob directed the Night School in the 60s, shaped the Honors Program in the 70s, and shared his expertise to the ROTC program as well as the History Department. After a distinguished career of more than 50 years, Bob became a Professor Emeritus and in fact never stopped learning or teaching. Bob is survived by Gina, his beloved wife for 7 decades, and four grateful children: Jeanne Harmon (Mark), Chris Harmon, David Harmon (Sara) and Terri Milkovich (Richard). He and Gina reveled in four grandchildren (Daniel, Corinne, Nathan and Blake) and one great-granddaughter (Naomie). Four nephews, sons of Neil and his wife Gini, are also treasured family: Barry, Rod, John and Jim. Bob goes now to join his parents Don and Laura and his brothers Barry and Neil. Donations in memory of Bob can be made to the O’Brien/Harmon Honors Program Scholarship at Seattle University PO Box 222000, Seattle, WA 98122.
To plant a beautiful memorial tree in memory of Charles Harmon, please visit our Tree Store

Look inside to read what others have shared
Family and friends are coming together online to create a special keepsake. Every memory left on the online obituary will be automatically included in this book.
View Tribute Book
Services for Charles Harmon
There are no events scheduled. You can still show your support by planting a tree in memory of Charles Harmon.
Plant a tree in memory of Charles
Share Your Memory of
Charles
Upload Your Memory View All Memories
Be the first to upload a memory!
Share A Memory
Plant a Tree
McComb & Wagner Online Store
Simple. Economical. Respectful. Since 1897
Visit Our Store