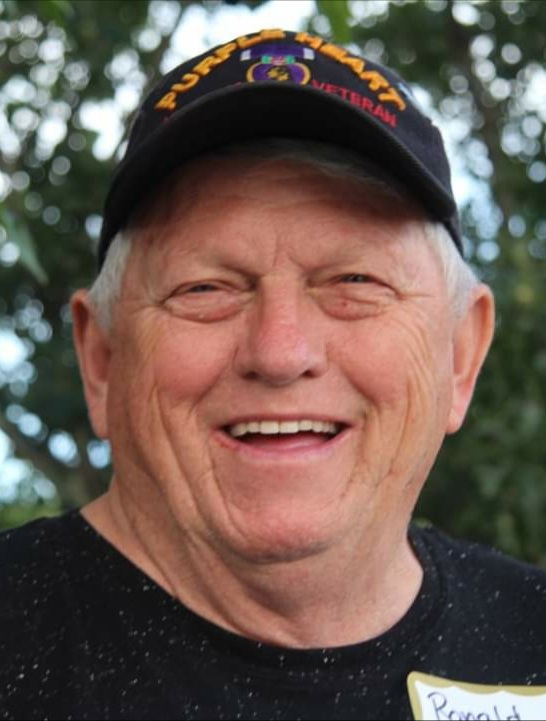 Please share a memory of Ronald to include in a keepsake book for family and friends.
View Tribute Book
Ron Nesland, 77, of Shelton, Washington, died peacefully in his home Monday January 9 th following a battle with Cancer. He was preceded in death by his mother (Stella Nesland), father (Torkel Nesland) and brother (Myron Nesland). Left behind to carry his memories and legacy are his wife Kathie, daughter Kim, son Mike, granddaughter Tessa, brothers Bobby (LaVonne) and Kenny, sister Rhonda (Bob Demick), and multiple nieces, nephews, cousins and friends. A family man and outdoor enthusiast, Ron enjoyed family gatherings, camping trips, hunting, fishing tinkering in his wood shop and yard, and winning almost every game he played (Monopoly, Uno, Bags, Horseshoes, Parcheesi...). Ron was known as the animal whisperer since almost all animals instantly loved Ron (and he loved them right back). A proud Army veteran who served in Vietnam, Ron will be interred with military honors at the Tahoma National Cemetery in Kent, Washington, with a gathering of friends and family to follow. Details are in process and will be shared once finalized. If desired, the family asks that memorials be made to the Wounded Warrior Project in Ron’s honor.
To plant a beautiful memorial tree in memory of Ronald Nesland , please visit our Tree Store

Look inside to read what others have shared
Family and friends are coming together online to create a special keepsake. Every memory left on the online obituary will be automatically included in this book.
View Tribute Book
Services for Ronald Nesland
There are no events scheduled. You can still show your support by planting a tree in memory of Ronald Nesland .
Plant a tree in memory of Ronald
Share Your Memory of
Ronald
Upload Your Memory View All Memories
Be the first to upload a memory!
Share A Memory
Plant a Tree
McComb & Wagner Online Store
Simple. Economical. Respectful. Since 1897
Visit Our Store